In 1977, ABBA did their Australian-European tour and many of the performances did in Australia were included on ABBA - The Movie. This post is dedicated to some of the inumerous photos taken during that tour, which began in late January 1977 and finished in mid-March 1977.

Enjoy the pictures of those great performances! 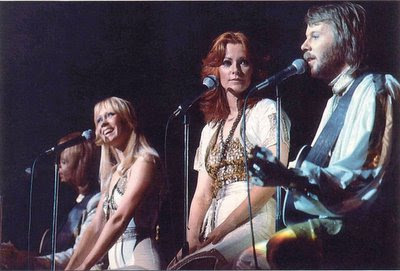 Frida watching Benny, while he is singing...
♥ 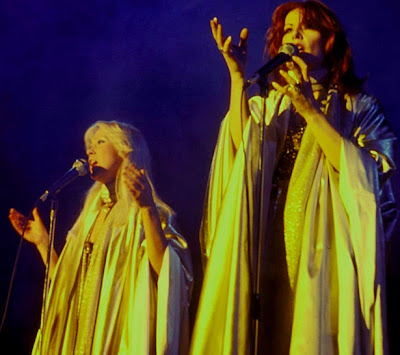 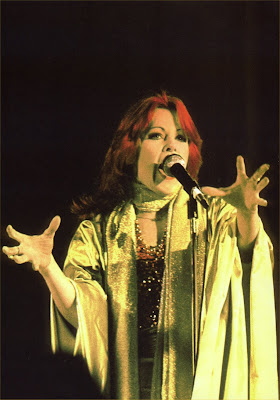 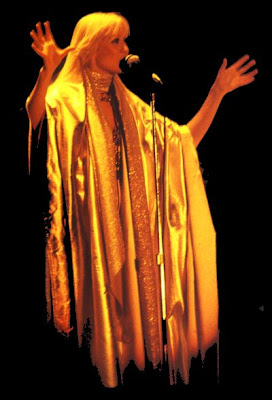 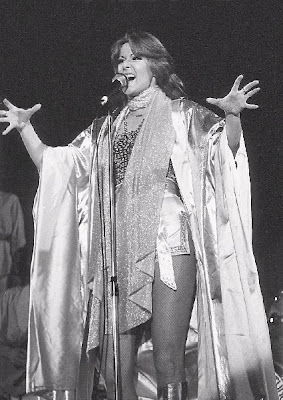 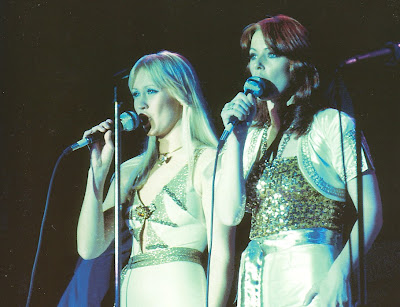 This green light gave a special effect to the picture 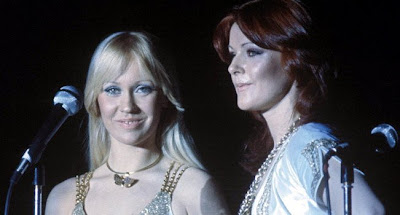 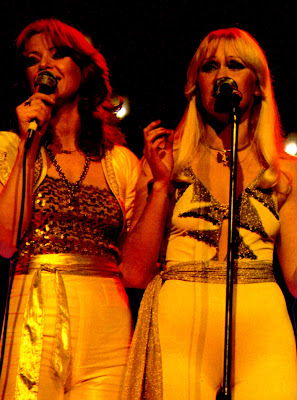 And, here, a great golden light! 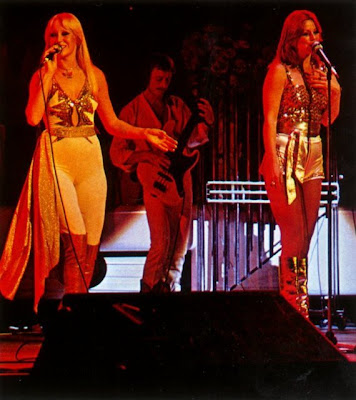 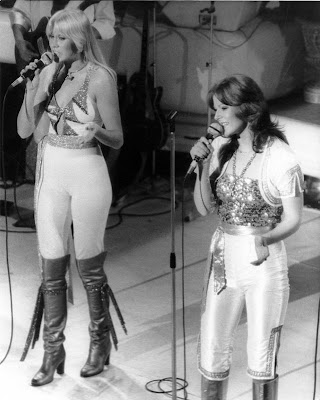 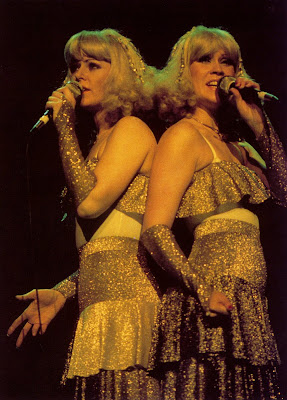 Performing the mini-musical The Girl With The Golden Hair 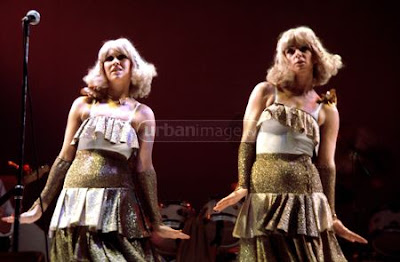 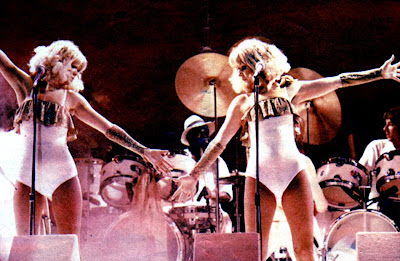 The girls performing the mini-musical 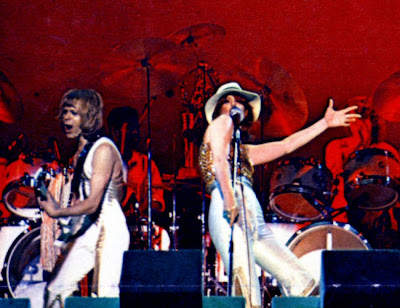 Björn and Frida in Adelaide, Australia 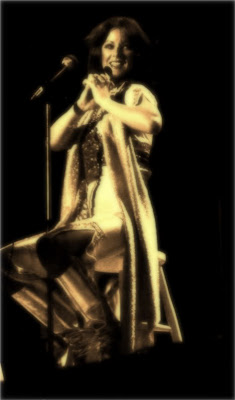 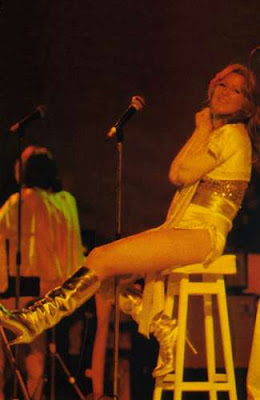 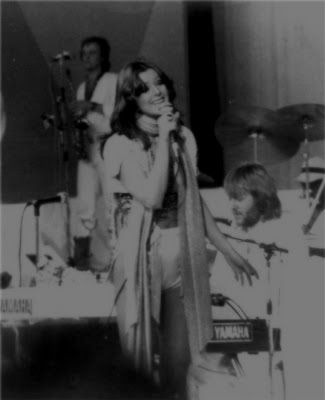 One of the rarest pictures of the tour 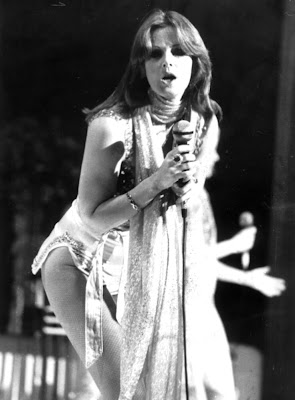 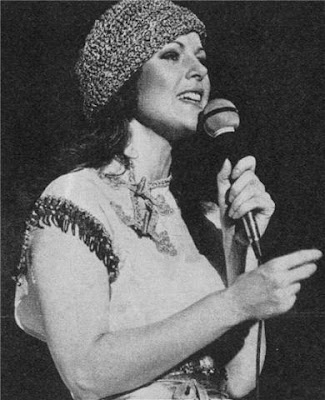 Those clothes seemed to be heavy! 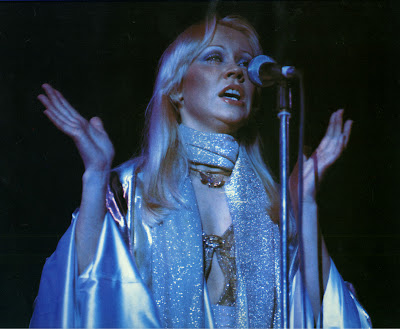 Agnetha's makeup reminds me of Björn's comment on ABBA - The Movie, when he says, ironically, she's wearing four pounds of makeup! 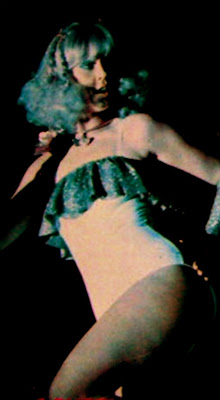 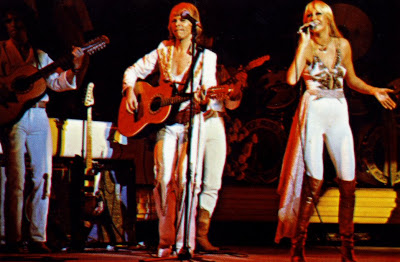 Björn and Anna are singing in Gothenburg, Sweden 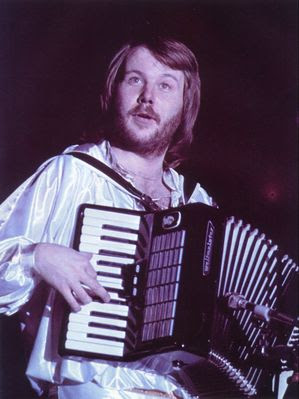 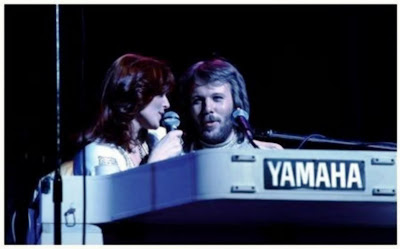 Anni-Frid's singing for her beloved one... 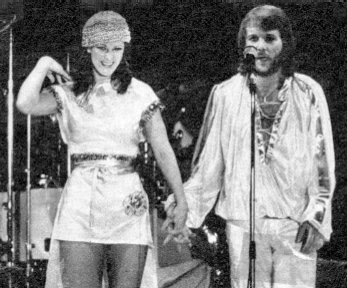 Photos, curiosities and articles - these ones in English and translated into Portuguese, my mother tongue - about ABBA, Frida and Benny & Frida are definitely the main focus on my page.