On February 1979, ABBA went to Switzerland, where the band made a TV special called ABBA in Switzerland, held in Leysin. On this program, ABBA performed the songs Take A Chance On Me, The King Has Lost His Crown, The Name Of The Game, Eagle, Mamma Mia, Hole In Your Soul, Kisses Of Fire, Lovers (Live A Little Longer), Chiquitita, Does Your Mother Know and Thank You For The Music, promoting with many of them their new album, Voulez Vous, still unreleased at that time.

During that visit, ABBA recorded Chiquitita promo video, produced by BBC, which was also included in this special. I selected some of the photos and videos of this here. I hope you like it! 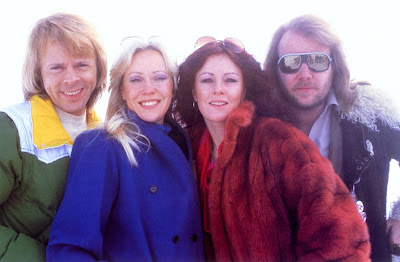 The group soon after the arrival in Switzerland 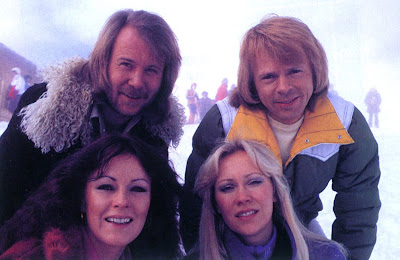 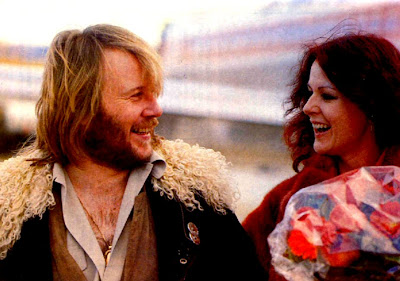 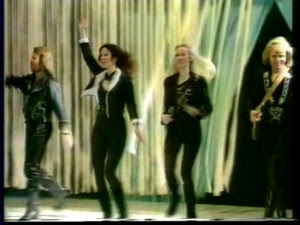 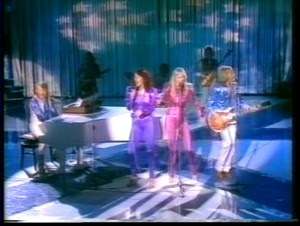 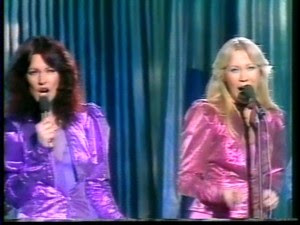 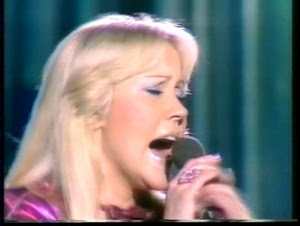 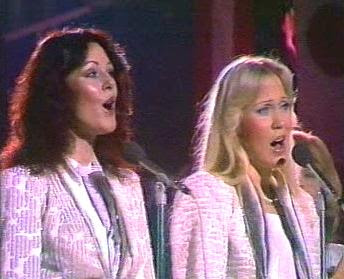 The girls sing the touching Chiquitita 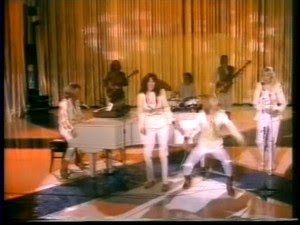 Does Your Mother Know
Note Björn's enthusiastic way to dance 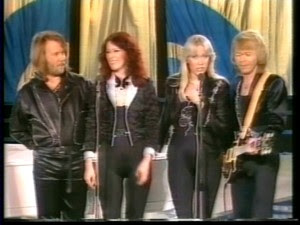 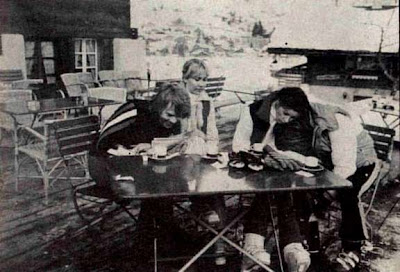 ABBA at a ski resort
Benny and Frida look SO tired... 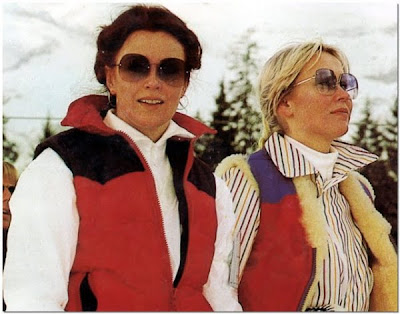 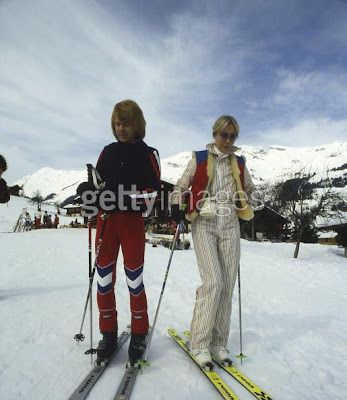 Björn and Agnetha were divorced at that time, but it's great to see they were still great friends, playing together 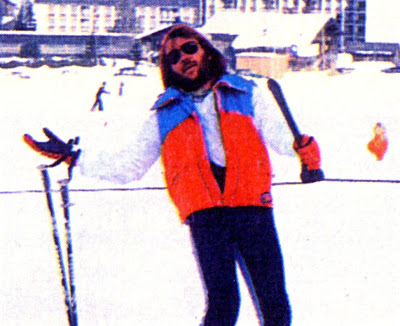 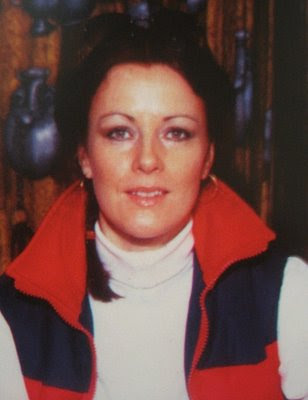 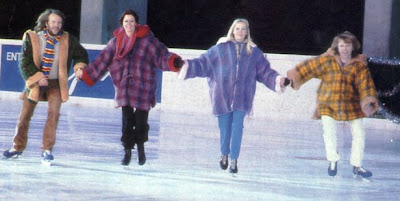 At the Leysin ice-rink 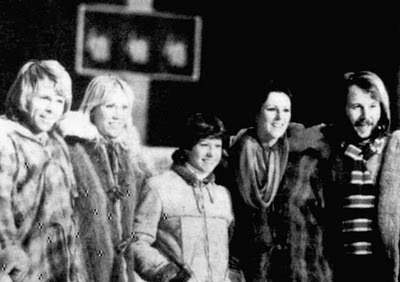 ABBA with someone else 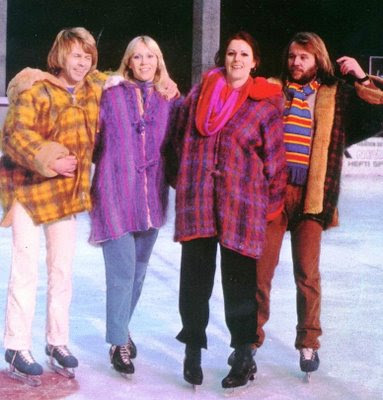 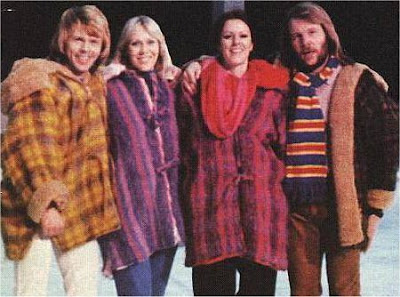 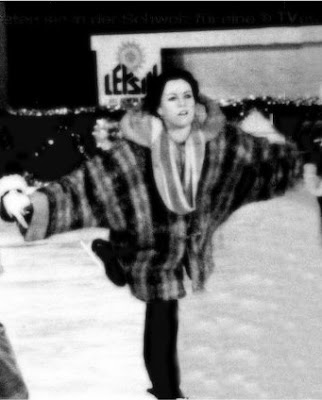 Ohh, this photo is definitely one of the best
Benny's sweetly supporting his head on Frida's chest - probably with the intention of helping her to remain on her feet -, while Agnetha is almost sitting on the ice... 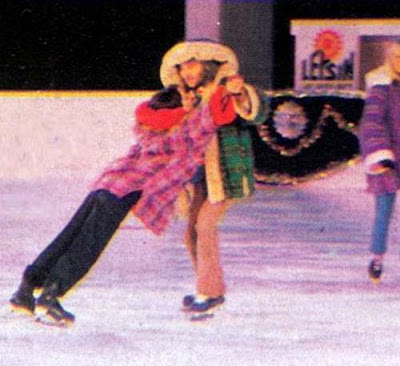 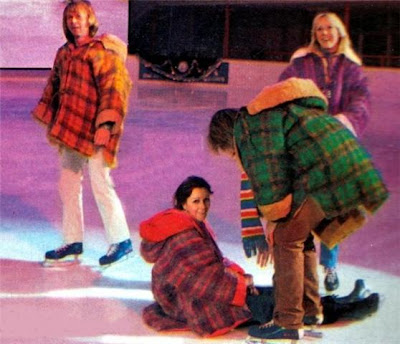 ... and, finally, on the floor!
I love Frida's clumsy way - maybe because I identify myself with it 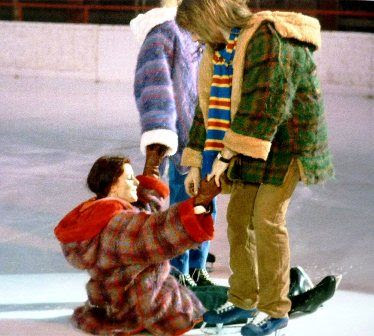 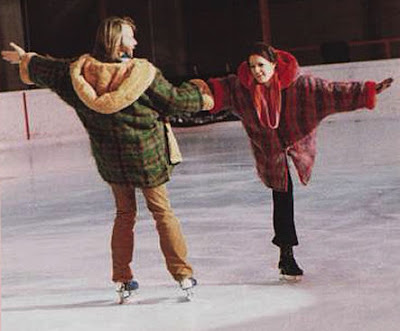 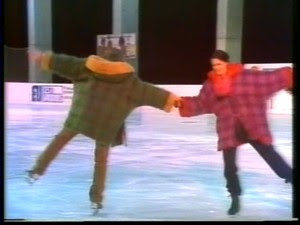 This couple was very attached to each other, indeed! 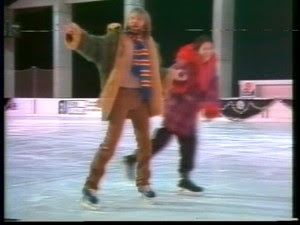 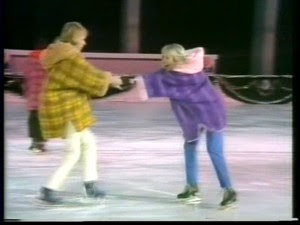 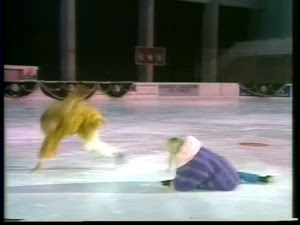 ... she's already on the floor, but Björn keeps trying to stand up... 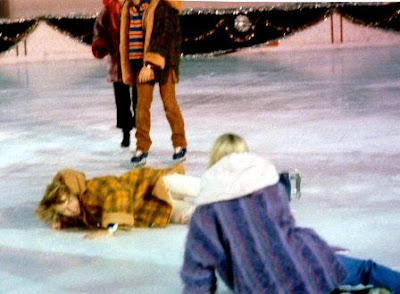 Following, some of the best ABBA performances in that special (in my opinion):


The King Has Lost His Crown

Thank You For The Music


Photos, curiosities and articles - these ones in English and translated into Portuguese, my mother tongue - about ABBA, Frida and Benny & Frida are definitely the main focus on my page.